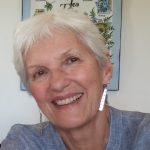 Dianne Crozier has agreed to join Gwynne DeLong as Co-President of the Board for the upcoming year. Implementing a model with two volunteers sharing the president role will allow them to share the (considerable) workload and will provide continuity of leadership as future presidents step into and out of that crucial role. Dianne joined WGGS in 2011 and served as a Muse for two years at Oneida and continues to serve as a Muse substitute as well as a board member.

“I continue to be impressed by the WGGS mission,” Dianne says. “What could be better than working with great women to support girls in our community? And it is so fitting to have Gwynne Delong as my excellent ‘muse’ as I adjust to my new role!”

We are thrilled about Dianne’s expanded role with WGGS.